My second class was in Luceting.

I really didn't have any idea what this was...but I remember tatters mentioning it in their blogs....so I signed up!

The class was given by Mr Lucet himself...Ziggy Rytka...a fellow Yorkshireman..so that was a very good start.

This is what Ziggy says about Luceting

The Lucet has made cords for over one thousand years and is what ties doublet and hose in the middle ages, bodice ties for the Elizabethans, ornamental frogging in the 18th century, right up to the Victorians who made neck chains and watch fobs from silk.
It is the birthplace of bag ties, glasses cords, shoelaces...the list is endless.

This is the introduction to Ziggy's story..

I first came across the Lucet in 1992 whilst playing the part of a wounded 17c soldier in the Whitefriars Museum in Coventry. Of our troupe two of the chaps were from a medieval society and one evening, in camp, I saw them using a Lucet… They taught me the Lucet in ten minutes flat. On the way home on the mini-bus I luceted a piece of wool I had acquired from somewhere, and when that ran out, unravelled it and started again, and again!

The Lucet that he copied from the medieval players made his hands ache so he set about designing his own, came up with his best design and started producing them by hand in his workshop to take to Civil war events teaching people how to use them.

He found that the loops kept coming off the lucet in transit so he invented a bobbin which fits on to the lucet to kept them on..as well as holding thread.

In 2003 he started The Lucet company producing a new design of plastic Lucets and bobbins.

He gave us a little drawstring bag....he said we would use our first cord for that, instruction leaflet and a card....and our choice of ceramic beads and coloured thread for our work...we never did get as far as using the beads! 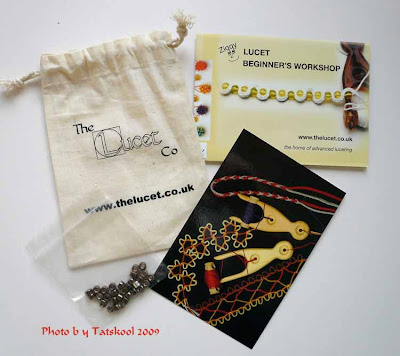 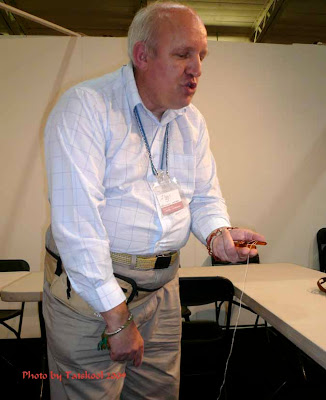 And we were off, learning the beginners method... 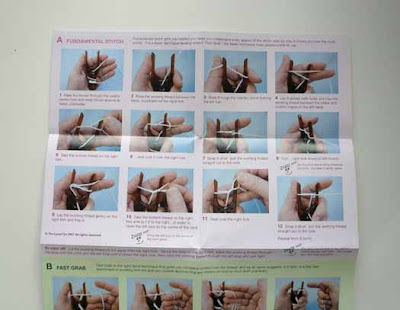 Having mastered that we were on to his Fast Grab method... 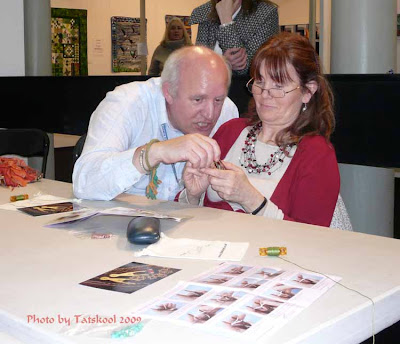 It was all pretty easy until I forgot where I was, my threads came off the lucet and I needed to learn to unlucet....definately not to be recommended.

Ziggy wears what he makes and I had to admire his shoe laces... 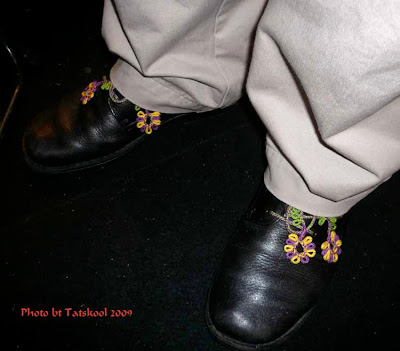 ..."they look like tatting" I remarked.
"they are not tatting!" was his reply sounding rather offended.

Yes I know that!!

Off to his little spot on the Braidmakers stand....to buy a kit...Lucet, 2 bobbins, 2 hanks of perle 5 and his book on Advanced Luceting...and to watch him work. 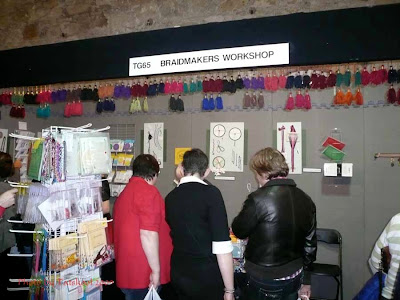 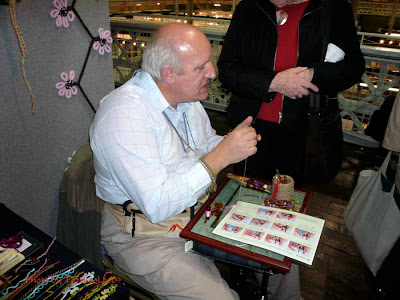 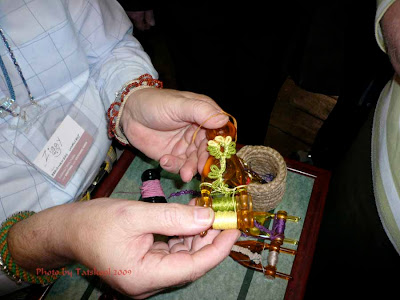 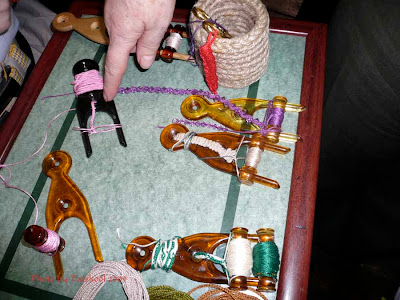 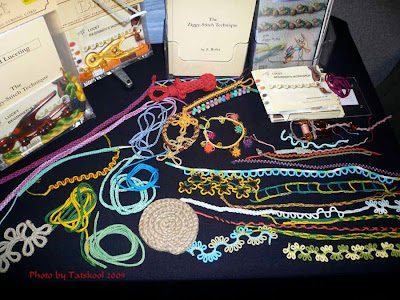 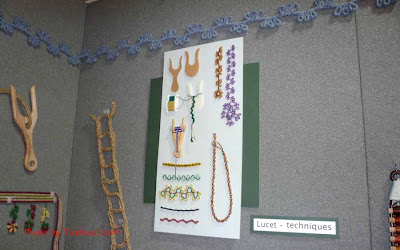 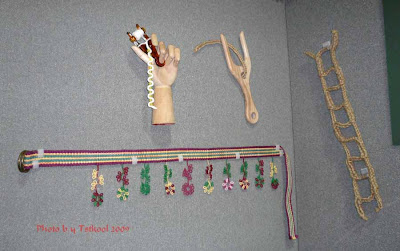 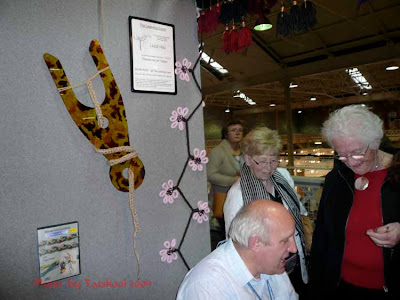 Now I know you are going to ask what I have made!!!

Well I luceted on the train all the way home,like he says it's very relaxing.
I did finally master the fast grab method...it's quite difficult to make an even cord...make that VERY difficult!!

This little bit, less than 6 inches took 3 meters of thread...well at least I know that.

I don't know if I will ever have the time to master the Advanced Luceting but at least I know what it's all about.

Next I must get back to showing you some real tatting! too many diversions!!!
Posted by Tatskool at 1:20 pm