And then there was SNOW!

We have been in winters icy grip for well over three weeks, my little pond has been frozen all that time. Can't ever remember having ice for more that a couple of days. Don't know how many bonsai will suffer, took a trip down the garden to look at them...one non frost resist small pot cracked. One or two delicate ones prob won't be liking it.

All over the country roads are treacherous, we keep running low on salt and grit...we just don't expect extreme weather conditions and certainly not for so long. Schools will be closed next week.

But here in Tatskool land we have only had temperatures down to -2.9 degC....and NO SNOW.

My son sent me a picture of his snowman where he lives in England. 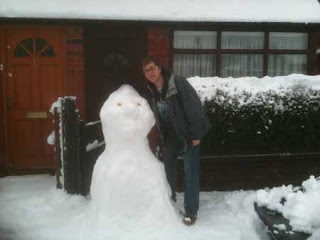 I have to go back to 1987 for our last snowman. Now THIS is a snowman 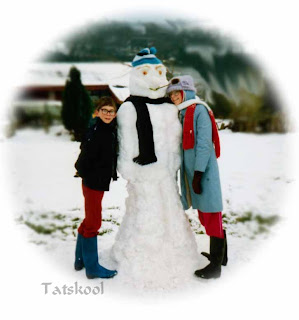 In our garden we have two large Cotoneaster trees covered in red berries, which look stunning.
Yesterday we noticed that one of them was still loaded with berries and loaded with birds as well. 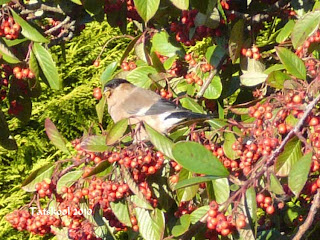 A couple were bullfinches, the rest we thought were thrushes...we get the Mistle thrush normally. But a close look revealed that they were Redwings, the smallest of the true thrushes. 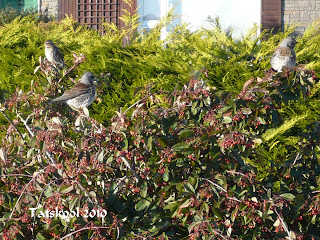 They normally roam the fields and don't  come into gardens unless it is very cold and snowy. Every time I went to photograph them of course they flew away only to return minutes later. There must have been dozens of them. 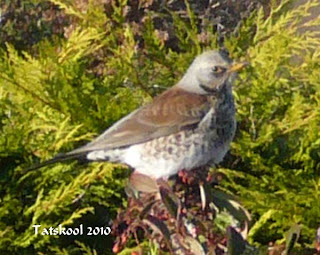 
Spurred on my thoughts of snow I have continued tatting snowflakes.....show you some next time.