Sorry that it's taken so long to get back to Part 2......Life! mmm next day turned into 6 weeks or more!
When we woke up and looked out of our window there was frantic activity going on.
The road along the beach front was closed to traffic and stalls were being set up.
While along the walkway nearer to the hotels, canopies were being errected over trestle tables....for the lacemakers..whooeee! 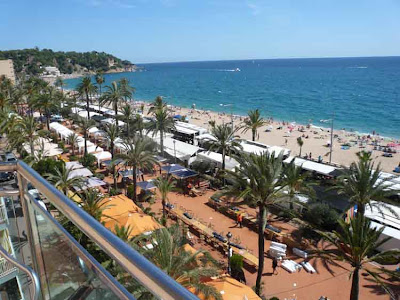 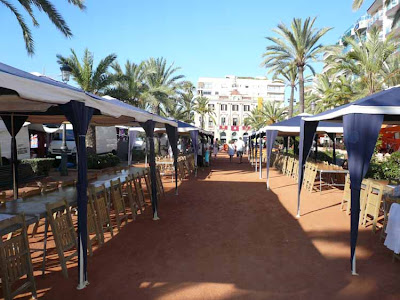 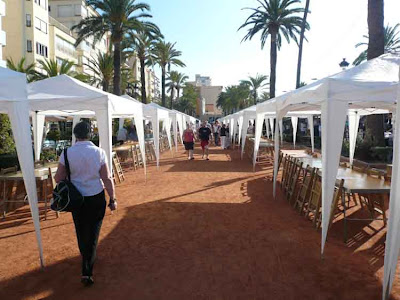 By the time that we got out there....the lacemakers were setting up their displays in earnest.
Mostly they were bobbin lacers from all the guilds in the region. 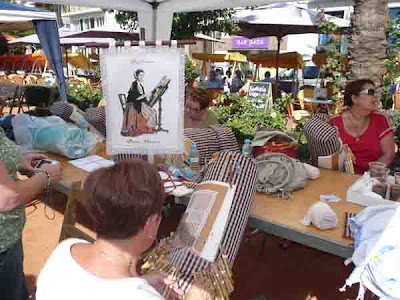 You can't even begin to imagine how many there were...each guild displaying their banner..... 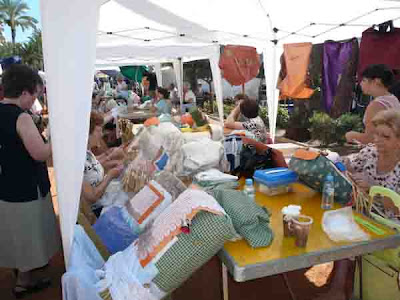 or the quality of the work they were producing.... 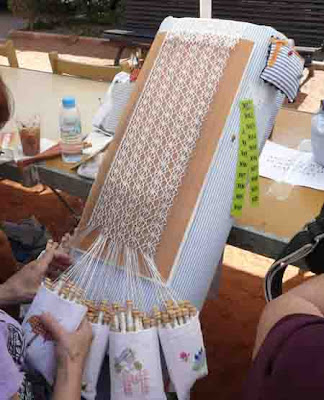 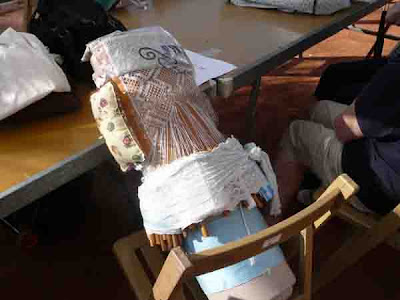 Look at the long pillows like we saw on the sculpture...and the fabulous way of keeping the bobbins together in bags. Even tho bobbin lace may have hundreds of bobbins, only two pairs are in use at any one time.
We were given several table to work at and we worked on Carrickmacross, Limerick, Youghal laces as well as Irish Crochet, Mountmellick Embroidery and probably much more..... 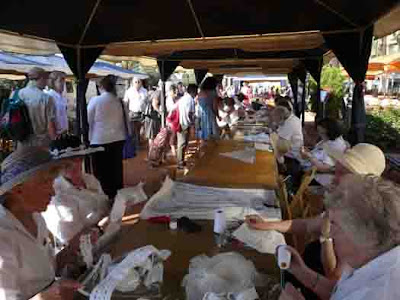 I of course worked on my tatting watched by Tadgh....working on Yarnplayers Arches doiley. 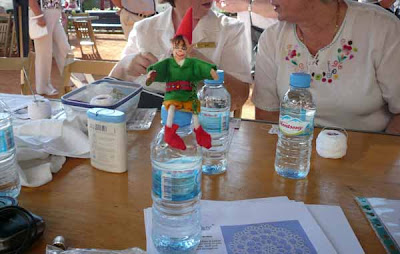 He was delighted to be there ...until he had a bit of a shock.....he was so embarrassed...but he refuses to talk about it!!
There was a great deal of interest in our lacemaking and my tatting drew admirers, and helped a few lacemakers who were struggling with tatting.
I gave out little flower bookmarks and received a pretty butterfly in return..... 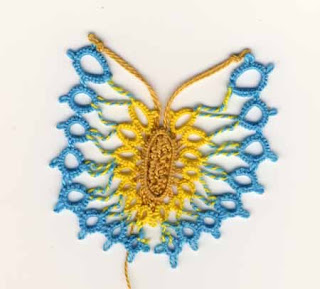 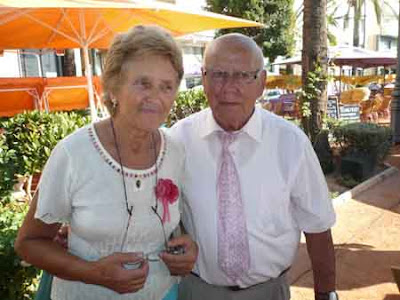 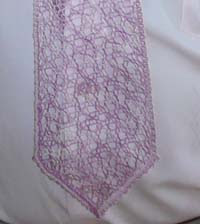 Every lacemaker was given a plastic beaker of 'hot chocolate' and some local 'sponge fingers' to dip into it...if you wished.
The chocolate turned out to be pure melted Belgian chocolate and was like molten lead....even after dipping all my sponge fingers into it and walking around looking at stalls...I still burned my lip drinking it!!!  yummy tho!
As well as lacemakers there were vendors of lace making supplies.... 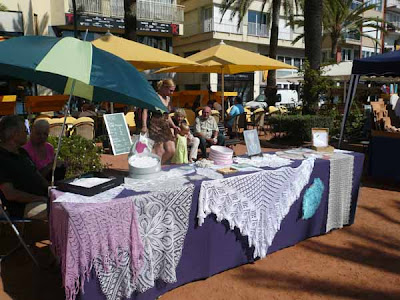 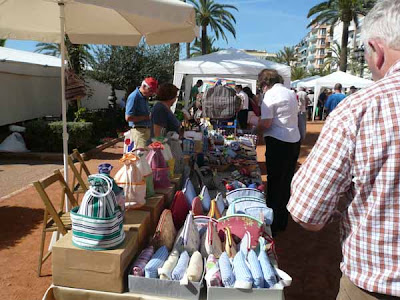 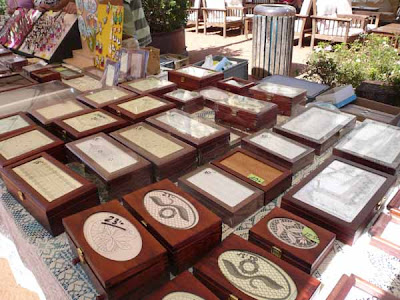 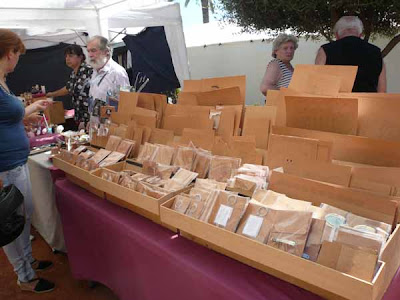 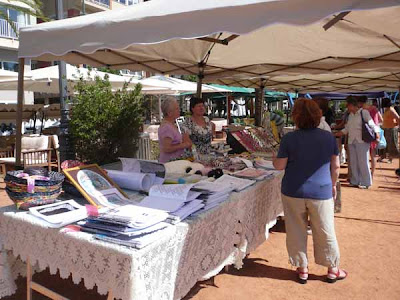 I did come home with a  stack of bobbins, some hand carved some mass produced...for my bobbin lace career....still in it's infancy...but i do know how to do it...if I can remember that is!
The place was buzzing ...all morning.. 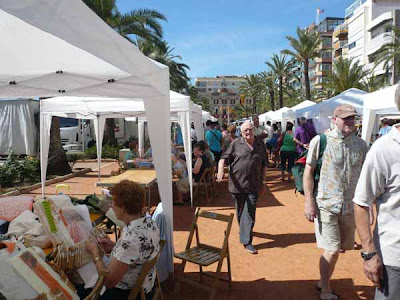 ...until sadly in the early afternoon...they all packed up and went home...I wished that they would have stayed all day.
Everyone was so happy...except poor little Tadgh who didn't come out of the hotel until it was time to leave! 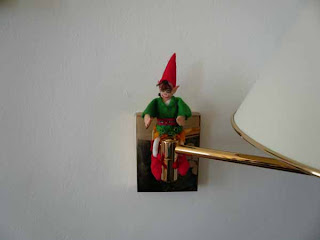 Please do not use any of these images for any purpose...they are copyright.
I may even get to show you Part 3, our day in Barcelona
maybe......sometime
Posted by Tatskool at 4:51 pm