We had been hit by RHINO MANIA!
We saw Rhinos everywhere!
But it was much later in the day when we found the tourist office and all the info...and a trail map!
The tourist office was  a delight with it's own Rhino 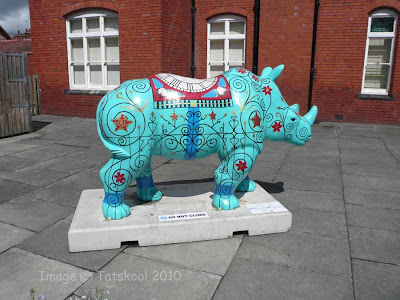 Rhin 'O'Clock....inspires by the East Gate Clock in the City Center.
While the 'oldies' had a restful coffee, grandbaby ran around and around within the safety of the railed area. 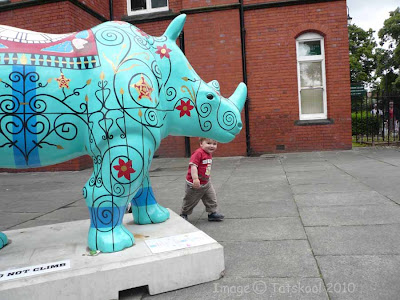 Just across the road was the stop for the open bus tour...the bus was an absolute gem. 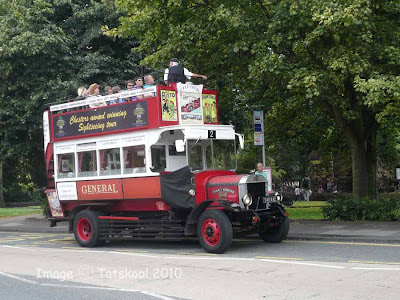 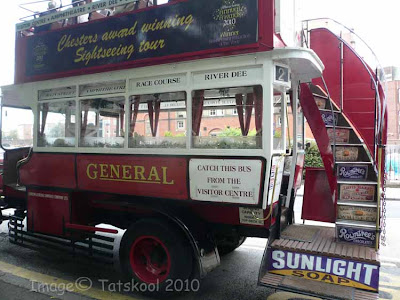 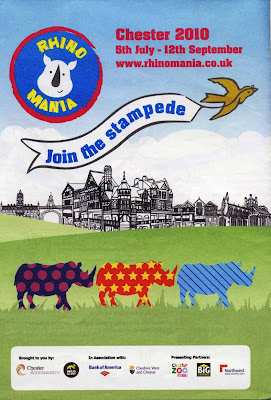 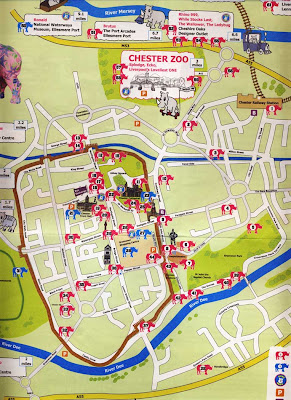 We will NEVER be able to see all the Rhino's.
Seems that there are 62 Rhino's to be seen in and around Chester.
55 artists have been responsible for their unique decoration.
The idea is "to bring art and joy to the city, it's people and visitors".
Hopefully people will learn a little more about these endangered animals.
At the end of the summer most of them will be auctioned to raise funds for Chester Zoo's Black Rhino field conservation project in Kenya and Tanzania, and also for the Hospice of the Good Shepherd in Cheshire.
Back to our trail.
The Rhinos are kept in top notch condition, this one was having a wash on this idyllic summers day. This one is Deeno.....showing radiating love. 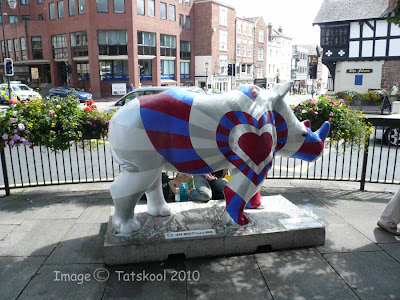 It's hard to covey to you the beauty of these creation. 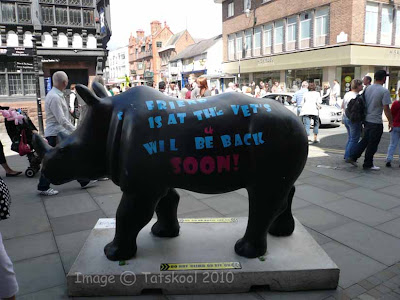 This guy was  a stand in for someone who had gone into the 'pits' for treatment!
Ok, Ok so what animal was iIdying to tat when i got back home and  Martha's book arrived!!
Could it be, could it be....
The Rhino!
This is my first one...a White Rhino....tho' he does look a bit grubby but the White Rhinos aren't white anyway! 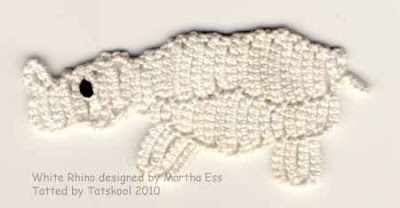 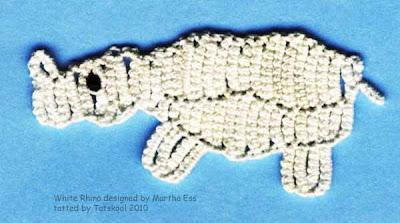 He was tatted in a Hakelgarn thread that I bought in Germany a few years ago. It's a size 15 a size that I rarely tat with.
As a first attempt he suffered from the absence of an ear and a second horn.....the next one will be better.
Ok so the tatting has got your interest!
Tune in tomorrow to see more Rhinos (tatted and otherwise)and see something of the city of Chester.
Posted by Tatskool at 8:11 pm