My little grandson's favourite book was Rhino..What Rhino!
It tells the story of a group of animals that are always getting into trouble.....and always laying the blame on a rhino...who MUST have done it.
the answer is always
Rhino, what Rhino.
There is only one Rhino,
and he's in the......
At which Grandbaby pipes up
thzoo!
He can fill in any missing word in the story at 22 months. I wonder what he makes of it.
So you are asking where is this leading...
well...
.........after the wedding we stayed with daughter son in law and grandbaby in a converted stables/courtyard near Chester.
One of the plans for the week was to take him to the zoo to see the Rhinos...they have 9!
But, before that we decided to take him(and ourselves) to Chester on the train....only an 8 minute ride but the train was so full that we had to stand by the door.
He knows exactly when he is out of his comfort zone and said his little
"no"
but to no avail this time.
Imagine our suprise then when the first thing we saw when we came out of Chester Station was.....
drum roll...tat da...
A Rhino! 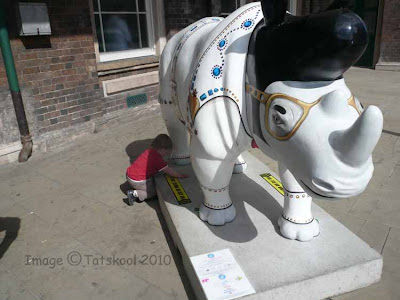 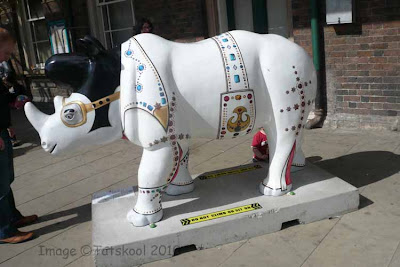 This is the Rhinestone Rhino...did you recognise that quiff of hair...yup Elvis! 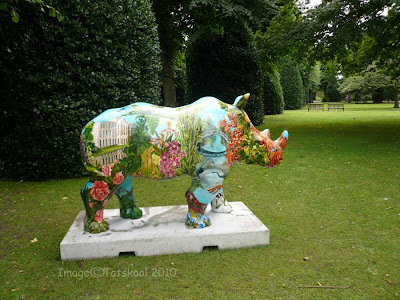 Moving on we headed down towards the River Dee and the Grosvenor Park where the little laddie could have a run around and who should we spot but Blossom.
Different on the other side.. 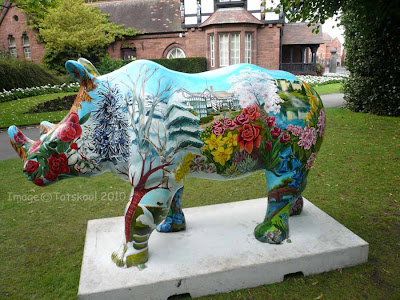 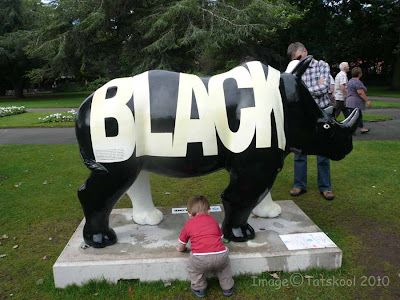 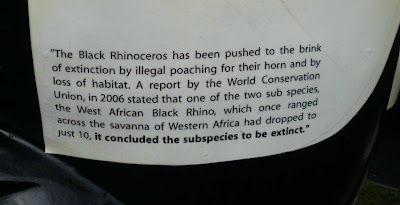 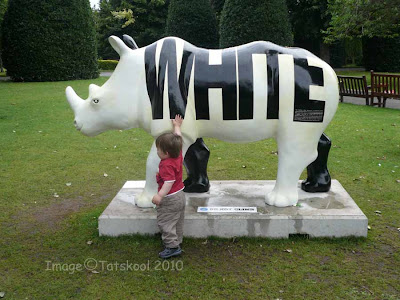 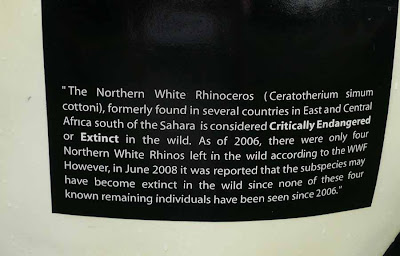 Both deemed to be extinct in the wild.
By this time grandbaby was so excited and didn't want to leave. he ran round and round the black and white rhino.
Finally dragged coaxed him away.....also saw a Grey Squirrel....pest and menace to our native Red Squirrel.
Down  by the River there were...guess what....more Rhinos!
First there was Charity who has a Heart of Gold... 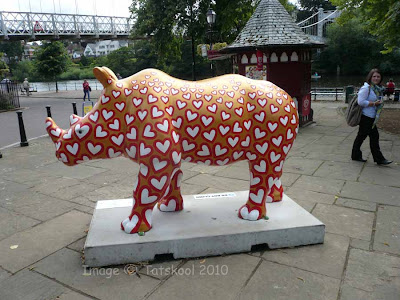 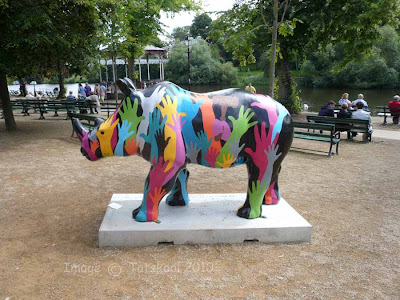 LAWrence the legal eagle!
Then we spotted.... 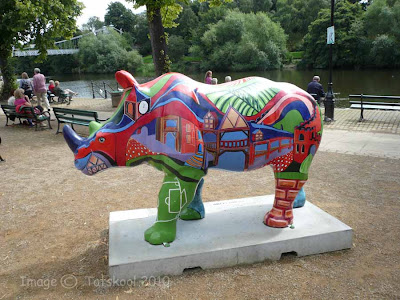 Cestrianoceruous...this is the correct name for the people of Chester.
he is showcasing some of the city's major attractions. 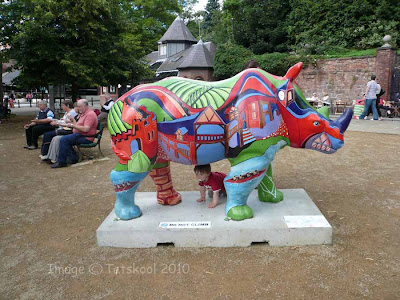 Moving away from the River there was yet another Rhino outside a restaurant. 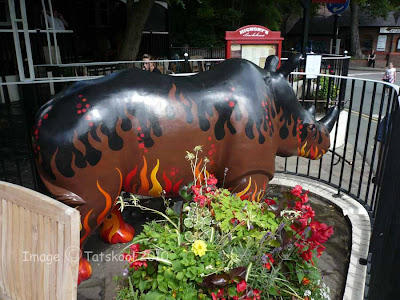 This is Otis.....painted to show how the scorched earth of the habitat of the Black Rhino resembles the urban legend of Rhinos stamping out bush fires. Its a HOT topic! 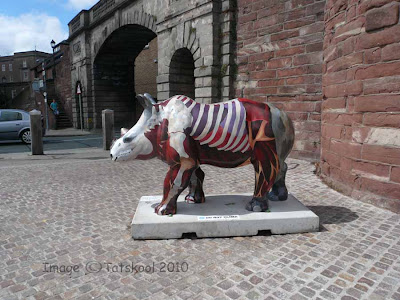 Unioceros has lost one of his horns to some dreadful fate. 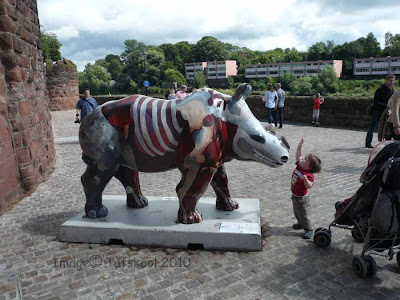 Someone HAS to investigate!
It seems that Chester has Rhino Mania! 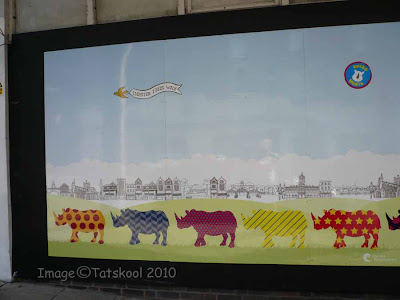 Tune in again to see more Rhinos and learn more about Rhino Mania and to see what animal I chose to tat from Martha Ess's new book....More Critters on the block.
I know that you will NEVER guess!
Posted by Tatskool at 8:43 pm