If you haven't already tatted Jon's Magic Moment snowflake then you have missed out on a fabulous pattern. You can find the pattern here.

You already know that I am addicted to Jon's patterns...didn't I tat her entire Snowflake collection in Rainbow Bright last Christmas!

The first thing that I did with her pattern...something I often do was to enlarge the diagram until it filled the width of my page.

My trial tat was with a plain colour Flora 20...a gorgeous poppy red. It measures 12cm. 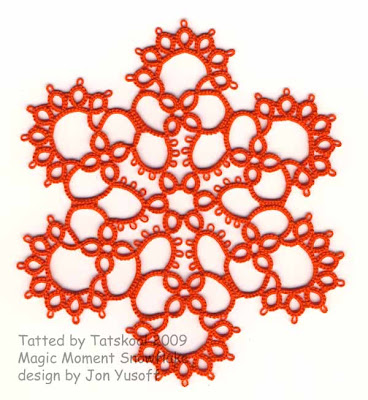 As I was tatting I coloured in the diagram...using 2 colours to represent the actual colour that would show....not which shuttle to use...if you get my drift. This showed me what the design would look like in two colours...and it made following the diagram a lot easier too. If you do this then the pattern becomes easy.

Next attempt was in a varig Altin Basak 50. It measures 10.cm. 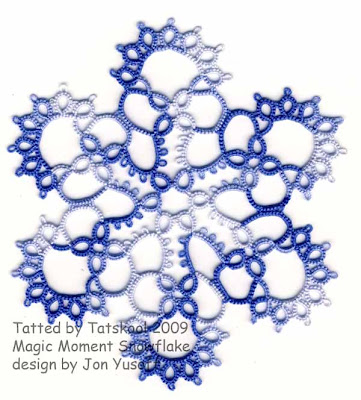 This one doesn't look quite as pretty in real life!

Now for some fun tatting. I had been fascinated by the stained glass effect that was being achieved by using a black outline and in some cases my Rainbow Bright...I think I already showed you one.
But did you see this one tatted by kuc in japan. This was tatted using the itty bitty sample that I sent her. 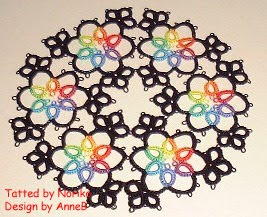 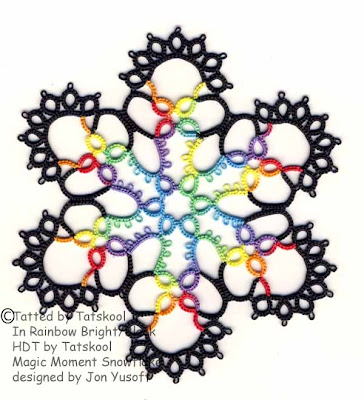 I love this one.
One of my friends used my Blue Lagoon and white as I had seen this combination used to good effect..so I had to try it too. This is size 60. It measures just over 9cm and is more snowflake size. 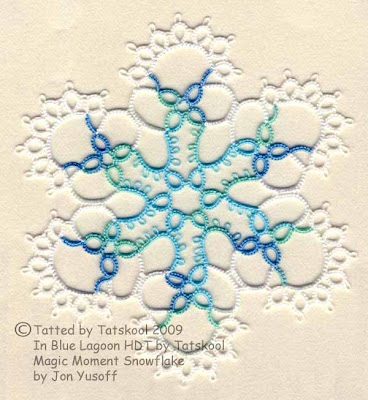 It looks really pretty. It would look divine in size 80.

Look nice on a black background, but doesn't look as dainty as it really is. 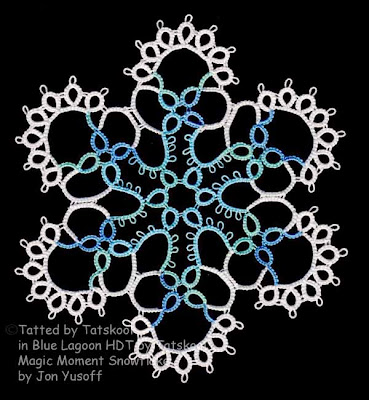 So what next...well I have been dyeing the ChocoRaspberry for more than a month...so much so that I am sick of PINK...or so I thought until I saw that Sharon D had tatted this design in ChocoRaspberry.... 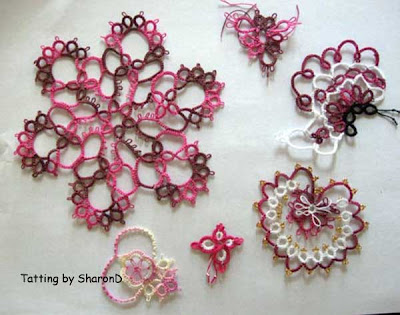 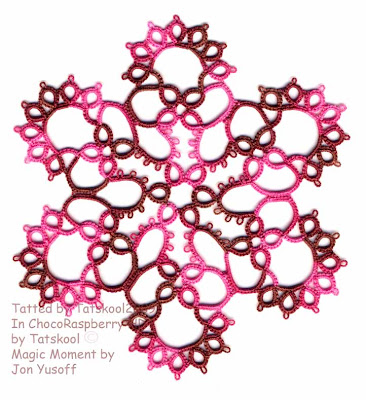 Mmmm! I thought...if it looks good in ChocoRaspberry, it will prob look good in my favourite Turkish Delight Combo of Raspberry Sorbet and Chocolate sauce..... 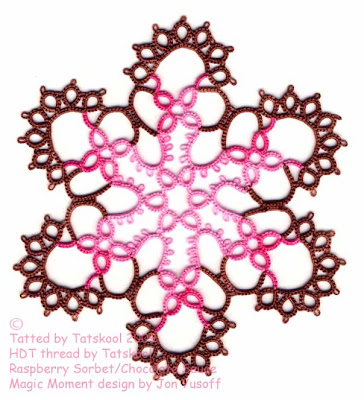 Another lovely bit of yummy tatting in ChocoRaspberry was posted by 'One Craft At a Time' and here it is, 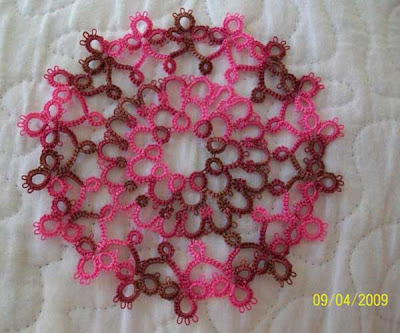 Oh! by the way another yummy Choco Dessert is almost ready to come out of the cupboard. Keep watching!!
Posted by Tatskool at 8:05 pm