It was grandbaby's first birthday on friday and his party on saturday. I can't believe that a whole year has gone by since we were eagerly awaiting news.

We drove up on thursday with his big bag of presents...mainly clothes..including a gorgeous winter coat with fur trimmed hood...for the weather he is expecting!

I got the brightest...baby appealing wrapping paper that I could find..in the hope that a baby would be tempted to look inside...how wrong can you be!

A sudden inspiration led me to make some of it into a huge birthday card...that must surely appeal to a baby...and a couple of hours later it was finished. 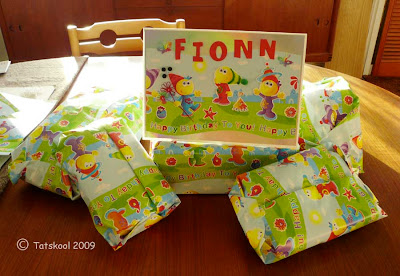 Lets have a closer look.... 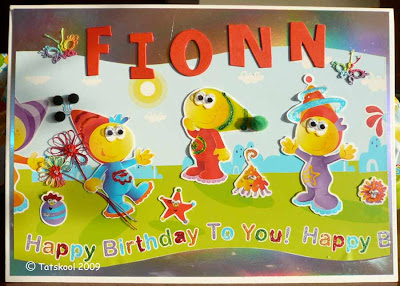 ...part of the design mounted on holographic card.....more copies of the little people were glued on top to create a 3D decoupage effect. Googley eyes on them and on the tiny critters....lots of glitter...and some pompoms to make it a touchy feelie card. Some tatted flowers and butterflies sneaked in there too....can't have a card for him without tatting. If only you could see how it sparkled. 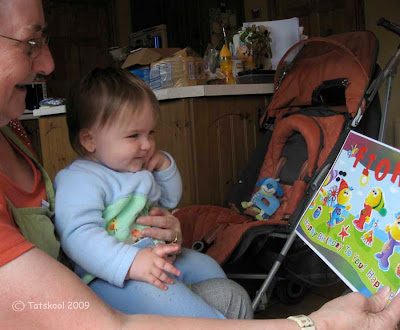 His little fingers went straight for the green pompom and he tried his hardest to pull it off.....but it held fast!! until he managed to separate the bit it was glued on to from the next layer in the decoupage underneath!! Little blighter...never underestimate a baby!

The other parcels he had no time for, he brushed them aside on to the floor!! But he did like what was inside when his mum helped him. He even like his new t shirt especially the stripes. 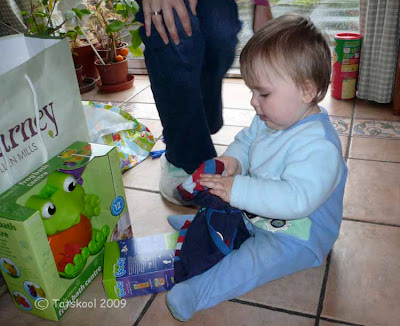 His mum had knitted him a cat...can't help but like what mum makes for you. 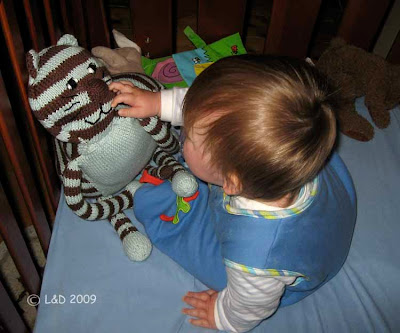 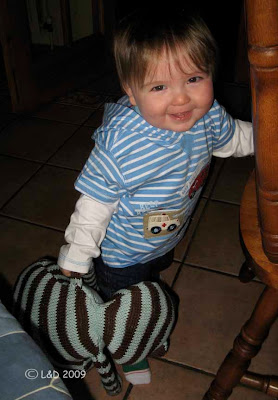 His happiness was as usual overflowing. I have yet to see him in bad form. 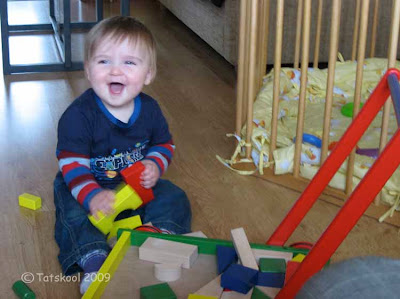 He is walking round the furniture and crawling like a racing car!

His birthday outing was to here. He is a budding botanist and was as keen on the leaves as I was.... 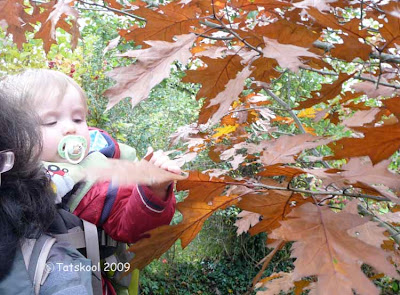 ...I did tell him that these huge Oak Leaves were grandmas Rusty Red but he wasn't impressed!

Even the people were made of leaves... 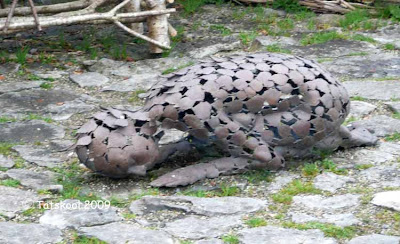 Inside the Crannog they were preparing for their Halloween event...when a visiting witch would be telling stories. The decor was lovely. 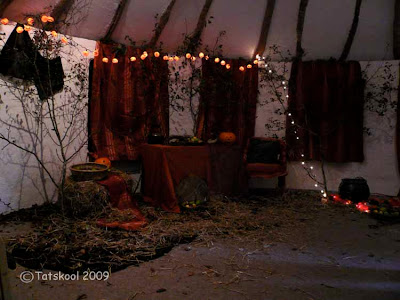 The pumpkin lights were gorgeous. 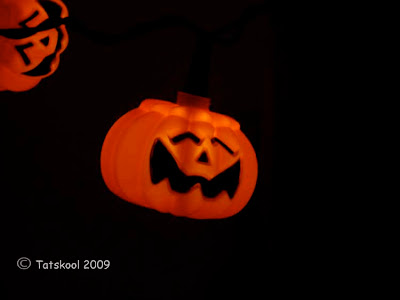 His birthday party was great, he loved his hedgehog cake that his mum made....probably his first piece of sweet cake. His favourite finger foods include avocado and asparagas! 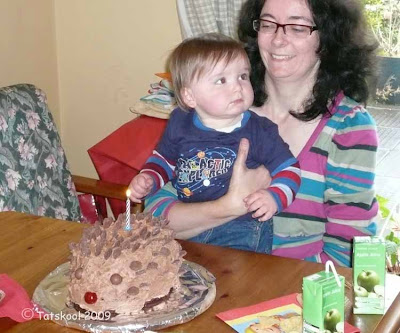 Now I am trying to get back to reality...before my Halloween treat at the weekend!!
I will show you what I have been tatting for Halloween....not a lot really!!

Mustn't overtax you yet tho.
Posted by Tatskool at 4:46 pm