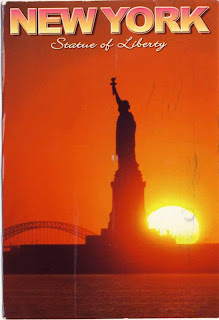 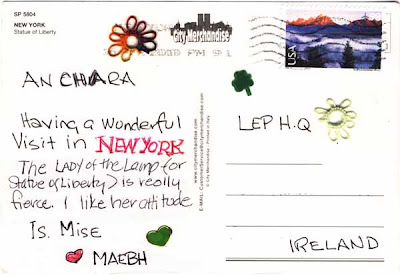 She is a good lass is Maebh. She may look ferocious at times, 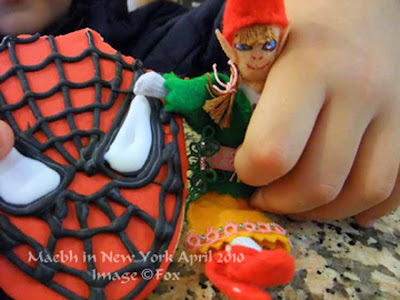 but underneath that attitude beats a heart of gold.
I am sure that stealing wanting that Spiderman Cookie held by an innocent child was hugely exaggerated!!
For instance when she saw the picture of my best ever Cherry Blossom...she says that she sang to the tree to make it do it's best!
You may well be wondering why Maebh seems so fierce gifted..she turned the cats paw into a radish, threatened me with warts on my nose and an evil troll in my roof!!
Well this is what I have been told .....
"Maebh says that although she attended the Lep Academy she befriended a wizard when visiting a magic shop to find some blown glass shamrocks.....   She apparently learned a bit of the other stuff...."
Maebh told Feargal that he should send his souvenir home......

....so like a good and obedient Lep (did he have any choice!!) he did.
I think that this was bit of an excuse so that she could send 'stuff' to me!!!
Seem that she had been rifling sorting through her mom's thread stash to see what was new and interesting.....with her mom's permission of course!
She loaded up some cards with Lizbeth 20 (she knew that I only have one ball of it) in 4 great toning colours of solids and varigs.  Thanks a million Maebh...you are doing great work.
She crammed as much thread on as she could get away with! 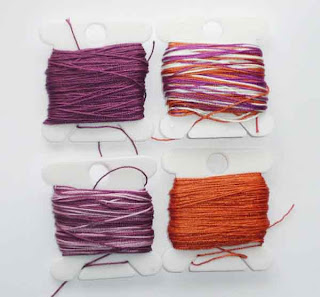 Hey! did you see the little tatted flowers on the postcard she sent..more on the envelope with the goodies in....her tatting is improving.
Oh! you want to see Feargal's Canadian souvenir??? 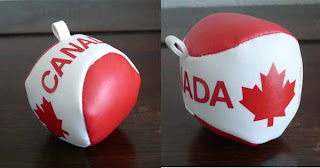 Cute isn't it??
Tadgh and Nollaig went ballistic...get it ball-istic!
I told them they should leave it alone as it's Feargal's......would they listen.....nope .....they ran off to play with it in the garden.
Yesterday the weather was wicked, fog, sheeting rain and wind....and now the petals are falling down off the Cherry Tree like snow.
Tadgh decided to play in this snow. 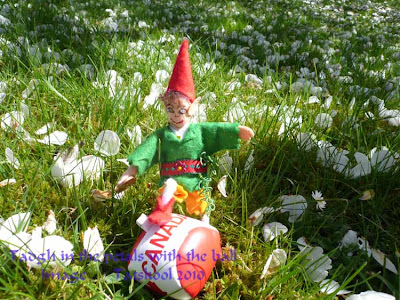 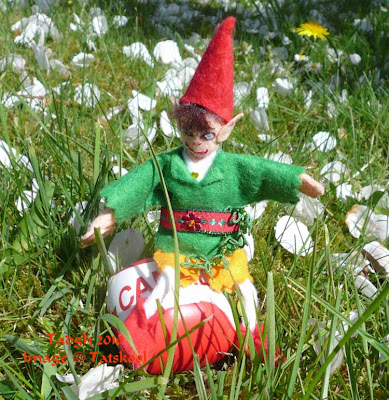 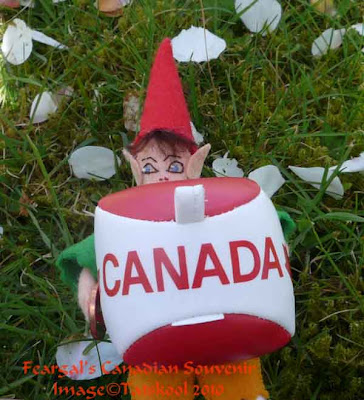 Exhausted he fell off and it flattened him....... 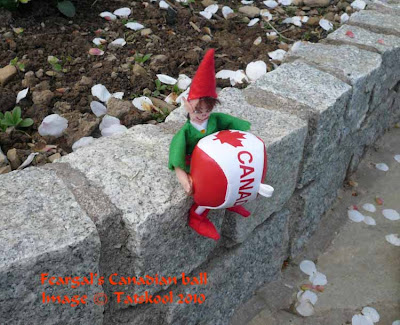 ........he decided to sit on the wall and hold it while he thought...
...this was a fraction of a second before he fell off in a puff of wind!!
Finally in desperation he climbed a tree to show it off.......a Maple tree!!
very funny Tadgh! 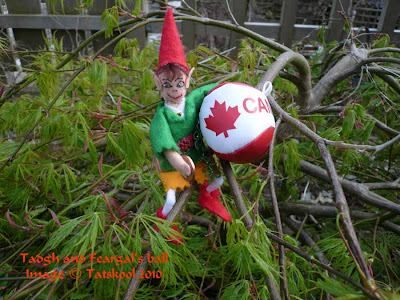 He says to tell Feargal that he will keep it safe and BTW, what IS IT FOR???
Posted by Tatskool at 6:34 pm