We continued up to the very North of Ireland to Derry, constant rain, freezing cold.
Stayed in a beautiful old Country House Hotel.....even President Clinton has stayed there! 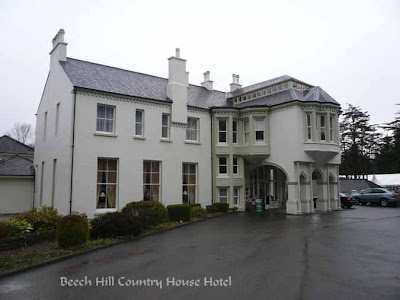 It would have looked a whole lot prettier in the sunshine.
We were in a new annexe.....see the upper dormer room with the two windows open. A huge room with a six foot bed and sofas.

The first house was built in 1622,burned to the ground in 1638 during a rebellion, a second house built in 1661 was also burned to the ground by a retreating army.
Rebuilt again in 1739, this time they had more luck!
The house is packed full of history and character, round every turn there is something to enjoy including two splendid chess sets laid out to tempt you to move a piece.
The gardens must be lovely in the sunshine, It stopped raining just enough to get some photos. 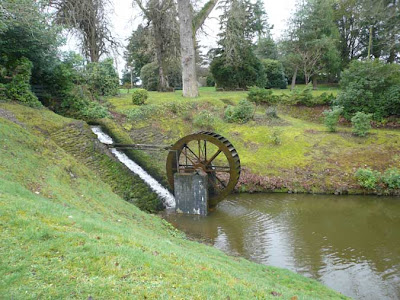 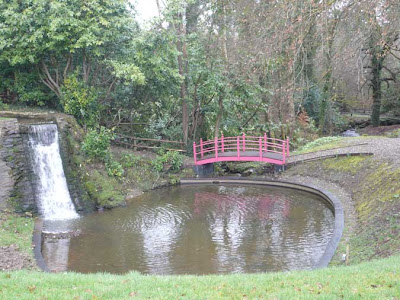 There were Grey Squirrels running up and down the trees!
The funny thing about staying in these gorgeous Hotels in March is that we may be the only people staying there. Such is the recession.
We would have liked to have walked round the historic walled town of Derry but it was just too cold.
So it was a drive up into County Donegal (another first for us) to the most northerly point of Ireland to Malin Head.
As children we listened to the radio as we didn't have televisions. After the news came the shipping forecast, I can here the drone of the voice now as he reeled off the names of the most far flung coastal points of the British Isles. he would give the windspeed and direction and whether it was moderating in the near future.
The names were all so intriguing and now I have visited a few of the, Malin Head is one that I well remember.
The weather was atrocious, gales of sleet from the east sweeping across the road so that we could hardly see through the windscreen. Sleet piled up at the side of the road. 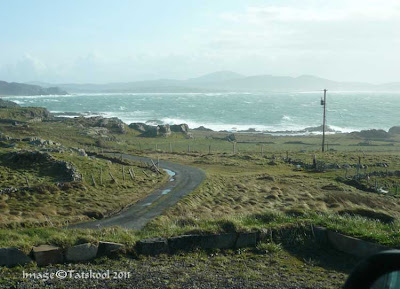 The road up to the head was spectacular... 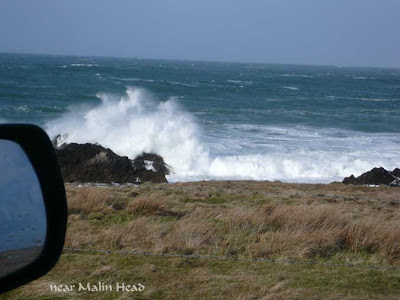 The weather changing every few minutes. 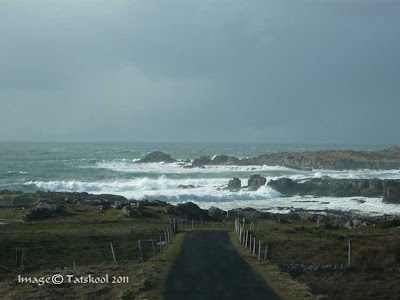 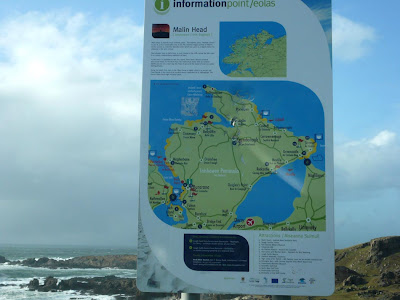 At the end of the road we drank a cup of coffee,it was too windy to even think of getting out of the car....no wonder this spot was picked for the shipping forecast!
WE didn't even get a peep at what the view was beyond these information boards. 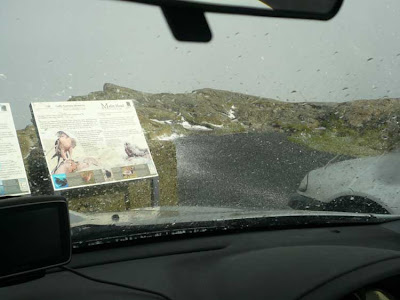 See the sleet at the side of the road. 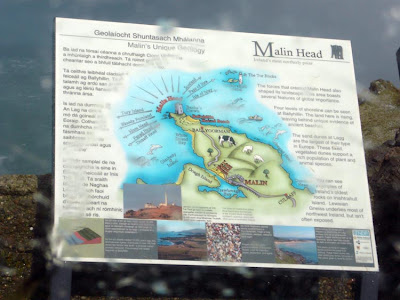 To one side of us was the watch tower.. 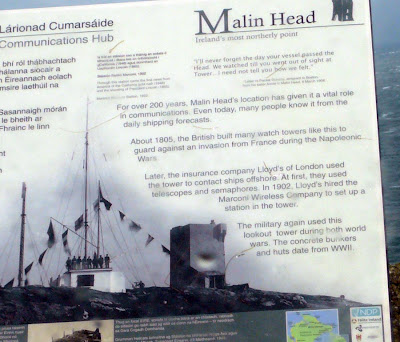 Hope you can read some of these details. 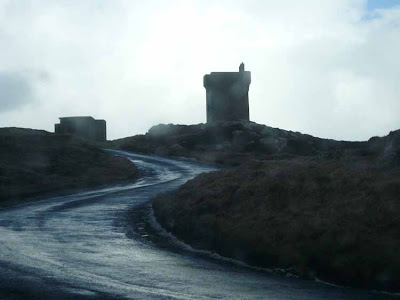 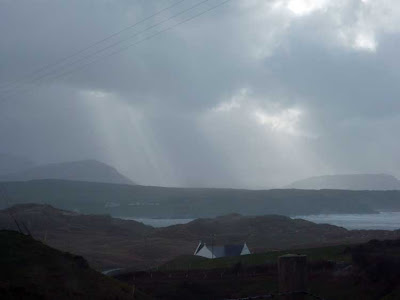 Brrrr!!!
Next day it was a long old drive from the almost the very top of Ireland to almost the very bottom.
The further south we went the warmer it got...but it was still raining.
I was glad to get home!
Now back to tatting!!
Posted by Tatskool at 6:07 pm