Tatted Easter Eggs by Kirsten Wind Hansen
If I was beginning to get a little jaded then Number 9 raised my spirits...
it's a little cracker.
I HAD to tat this in 2 colours at the very beginning. 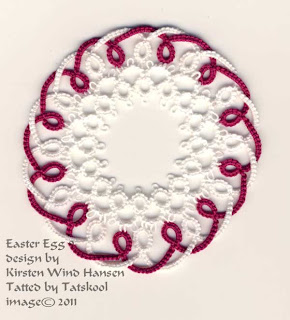 Second one is in Lizbeth 40 in my Berry Burst with white and lemon. 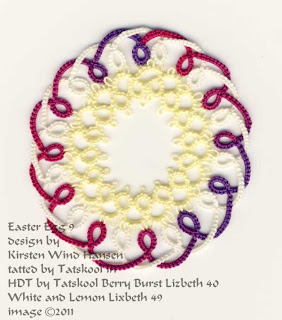 I am afraid we are back to food again!
It was meant to represent Berry Burst dessert with vanilla ice cream topped with custard!
Then of course I wondered what it would look like with the colours in a different order....
so here is dessert No 2. 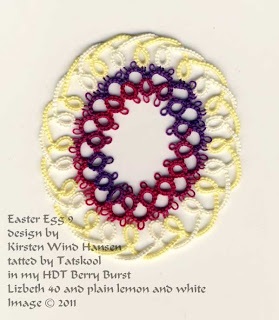 This one has the fruit in the middle in a solid block with the ice cream and custard round the outside.
I am hard pushed to say which of these I like the best. I like the solid block of Berries better in the middle but on the other hand I like the contrast on the outside of the one with the custard in the middle.mmm!
Funny how that contrast makes that one look bigger as your eyes are drawn to the outside.
These eggs have a natural tendency to curve upwards so I had to squash them on the scanner...and then photograph them to show this curve which is very pleasant. 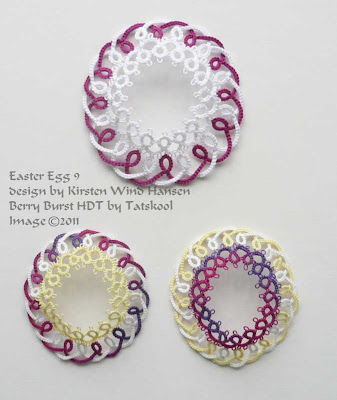 With the center filled in this would make a cracking little hat pattern.