More Rhinos in a beautiful city!

Chester is a beautiful city,
A walled city, the walls were built built during it's Roman occupation 2,000 years ago.
Nowadays it is famous for The Rows.
Built over 700 years ago this two level shopping extravaganza lines both sides of on of the main streets. 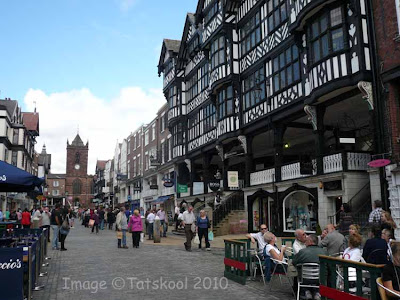 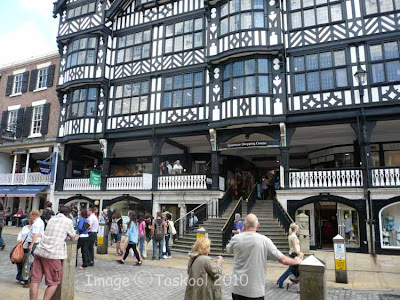 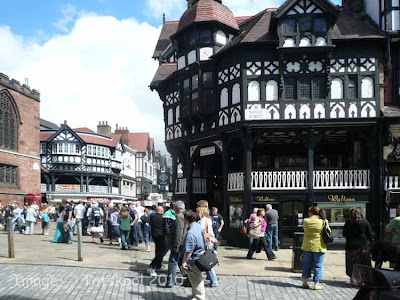 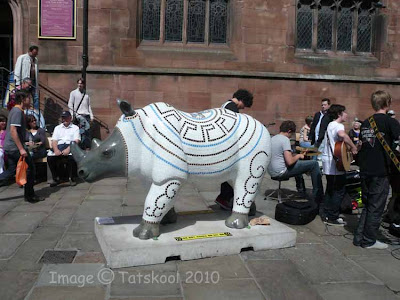 Rhino Mosaica inspired by the tiling found in Roman ruins around Chester. 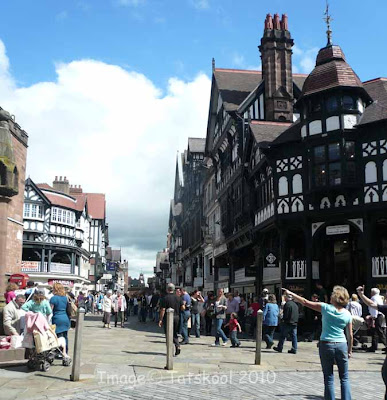 At the end of this street you can just see the Famous Eastgate Clock (the one that Rhino 'O' Clock was based on). 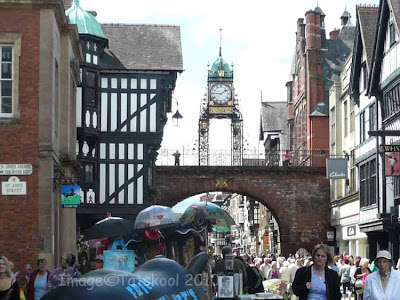 It's said to be the most photographed clock in the world. Built to celebrate the Diamond Jubilee of Queen Victoria in 1897. 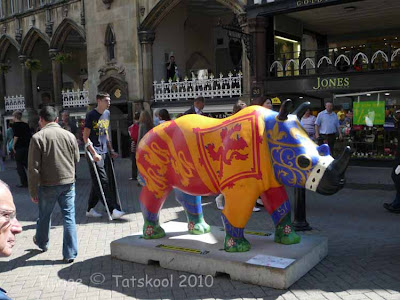 This is Regal Rhino, isn't he stunning. 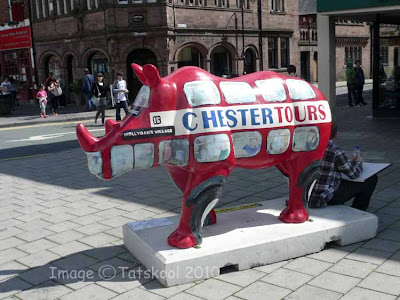 This is Hollyoaks Omnibus honouring the TV soap. 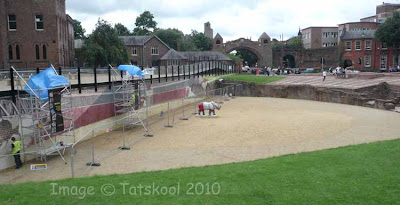 Chester also boasts a Roman Amphitheatre......currently under renovation.
Standing in it is Rhino Romano, described as 'naturally armour plated, pre-dating the Roman Empire by many milennia...this uniformed foot soldier could well have been their military mascot.'
You can see part of the city walls in this shot. 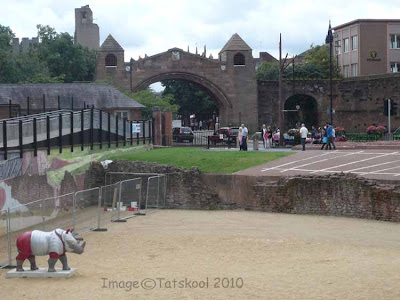 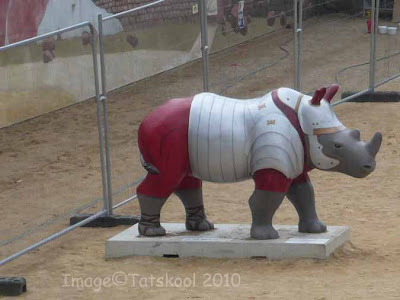 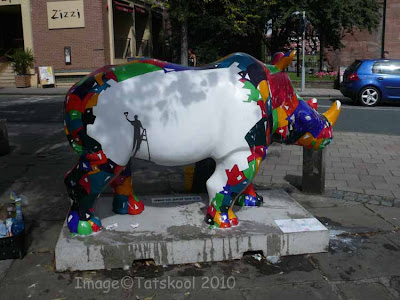 Still covered in soapy suds from his wash, this Rhino...Almost wiped out shows the painter wiping out the Rhino and the colour that it brings to our world.....very apt.
More tatted Rhinos from me.....got to get the tatting bit in for you. If you have read this far then you deserve it. If you enjoy these posts please leave a comment.
These two are made in Red Heart by Coates of India size 20, they are exactly the same size as the Hakelgarn 15 that I used previously. 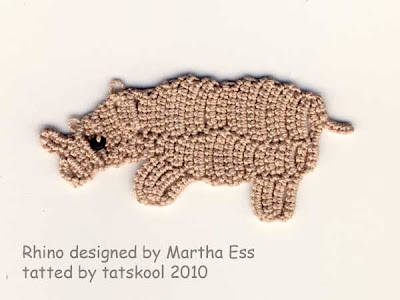 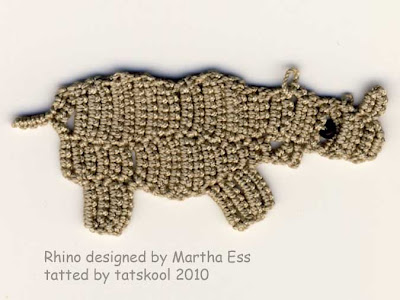 Getting the hang of this design...but oh they look so boring and bland beside the Rinos we have seen today.....mmm...methinks some colour!
See ya.
Posted by Tatskool at 8:01 pm