No Corking isn't anything at all to do with Cork!

When I was a kid, I used to do Corking....I was beginning to think that I was the only one to call it this...but I looked it up on Google and there is it..there is even a brand new book out called Corking for Kids!...and even hubby says that he called it that too in London.

I bet most of you have done this. I used a large wooden cotton reel that dad had hammered 4 nails into the top...and used up all the bits of thread that mum had left over. I made yards and yards of it...nowadays called French Knitting.....there was not an awful lot that could be done with it...it was just fun to watch the colour changes appear from the bottom of the reel.

Mainly we sewed it into coiled mats.

We would never ever have thought of making necklaces or bracelets...partly I suppose because wearing a length of itchy wool wasn't that much fun and partly because necklaces were pretty much made of standard stuff like metal and pearls and beads...and that was that!

Nowadays when kids try anything new, the first thing they make is a necklace or bracelet. There are such fab materials out there that anything will look great.

My first class was French Knit Necklace with Ingrid De Vane and we were to make a necklace. First we had to choose a pack of 'thread'. As usual I was spoiled for choice, I am so bad at choosing...I want them all! My goodness she had so many packs of braids, hand picked for their beauty.

She showed us how to use this new fangled gizmo Clover Wonder Knitter, we attached two strong magnets to the bottom of the thread for weight and we were up and running....one lady had bought one last year and still couldn't figure it out!! 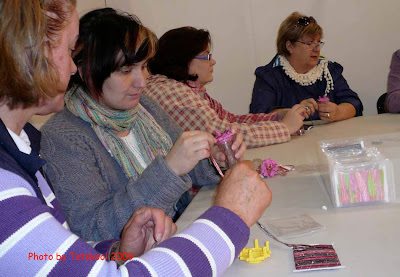 We were soon finished and Ingrid showed us how to glue the end caps on to finish the necklace, a brilliant idea. 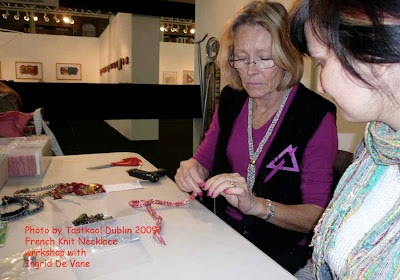 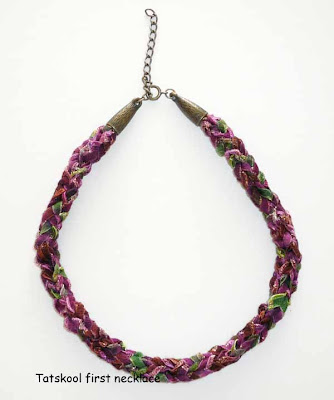 Typical of me I thought everyone else's looked nicer!!

After that it was back to Ingrid's stand to buy all the necessary gear. She has the most fab selection of large beads to thread on the necklaces, the fittings, hundreds of braids all measured into lengths and would on to cards by Ingrid and her daughter.
She also makes necklaces out of fine wire an beads..but she was sold out of the wire.
I should have taken better photos of the stand. 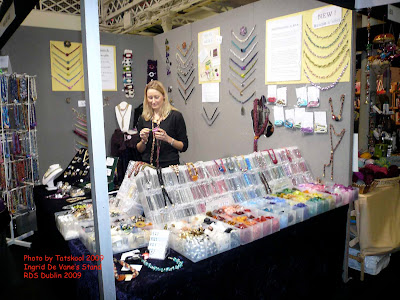 These were my purchases from this stall and others selling great goodies. 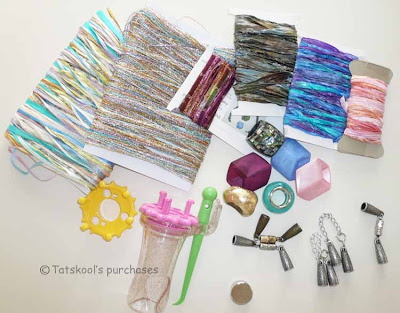 A closer look...
...end caps, magnetic and not....anybody know where to get these? 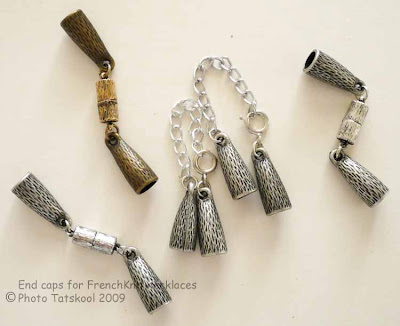 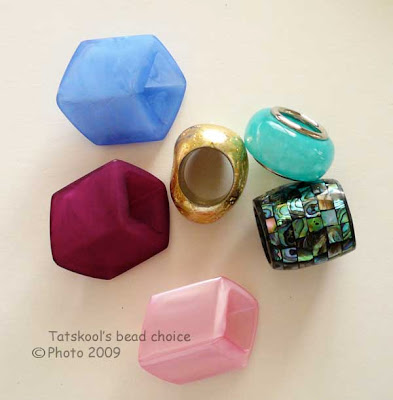 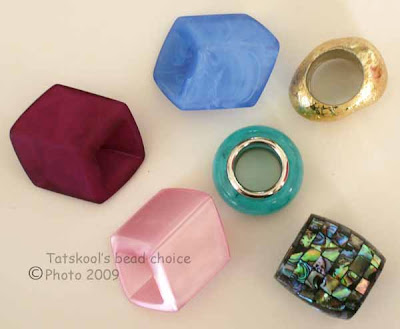 This one was just too hard to resist.. 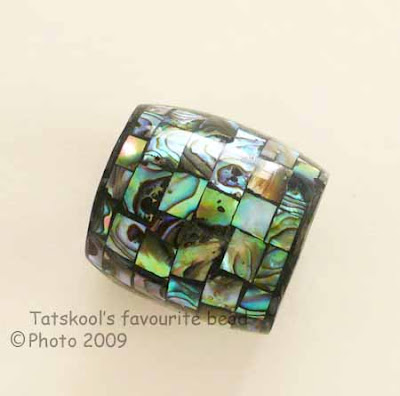 ...this was a cheap pack of tubular ribbons and glitter threads to play with!.... 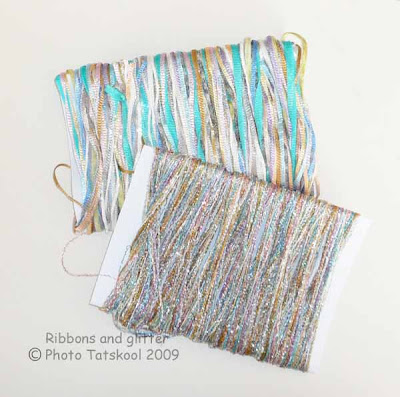 It wasn't until I got home and played with the beads on my necklace..that I realised that it is gorgeous after all!! 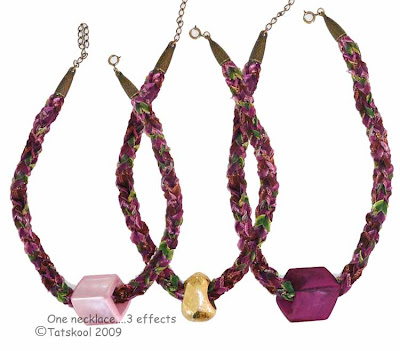 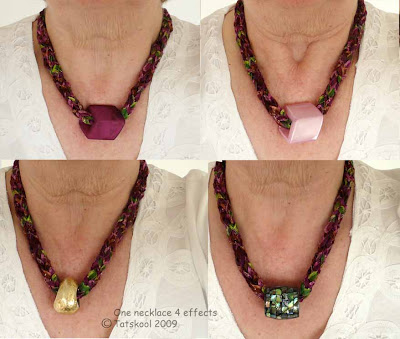 Even the abalone shell looked good, they said it wouldn't match!

Will tell you later what my second workshop was.

Lots of you wondered how I took the photos of the exhibition...no I wasn't suspended from the ceiling, if you look at them again you will see that there is a balcony running all the way round the hall.

The Lace Guild had a stand on the balcony, there was tatting on display but the tatters were missing....looking round the show. There was no tatting workshop that day.

Tatting supplies at the show were as I had been told almost totally absent. Two booksellers had the same half a dozen books that I already have. Not a single ball of good crochet cotton..couldn't even find a fine crochet hook.

So I just had to feast on other things!!

I HAVE to be strong and get back to my tatting and resist the urge to do my Corking!!
Posted by Tatskool at 7:07 pm