It's stopped raining for today at least, the sun shone and the sky was blue. Moved all the trees to a sheltered place...but can't keep an eye on them anymore.

Ireland is saturated, the ground can't take any more rain. Today the City is flooded,even a city hospital. The Uni has cancelled lectures as the approach road and some buildings are flooded. In the night the electricity board had to open the dam flood gates and release some water, coincided with the high tide and the river overflowed.
A dreadful weekend is forecast, we were to take the Brownies for a fun day to a Scout campsite, thankfully it has been transferred to out community hall.

I know I had you worried yesterday that all my pots had broken!!
Had me worried too! Broken pot count is up to 6 but can't find a single broken twig.

Your comments cheered me up so much. Oh LadyShuttlemaker, how I would love to have a pot made by you...no that's not a hint...don't even think about it.

Today I thought that I would show you some of the pots that I made myself...way back when.

I went to evening class at a secondary school....the teacher made the mistake of letting me take home wadges of clay to 'play' with and she even fired all that I made...think she was proud of me!

One of the things I most wanted to make was Bonsai bowls. Mostly they were hand built with coils and slabs but on my second course I got to use the wheel...not very sucessfully but I did make enough to please me......well not nearly enough..I would have loved to have my own kiln...but ended up with a tiny enammeling kiln instead and that shut me up!

Here goes... these photos all date back to 2000 so if the trees in them have survived they look quite different today..better usually!!

This is my absolute favourite, thrown on the wheel, its tiny (about 4 inches)and has a tiny elm in it..grown from a seed...I can remember the exact tree in Italy...this pot survived the crash..unfortunately the tree I think was already defunct! 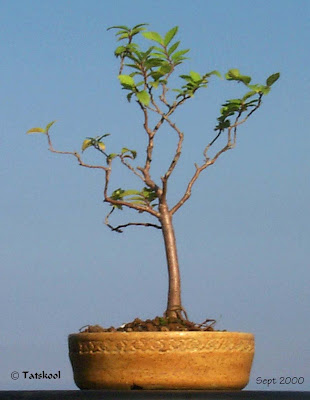 ....this was made from coils and decorative lumps of clay and is much bigger...about 6 inches. This is a dwarf arctic birch. The pot was stored in my stash so survives. 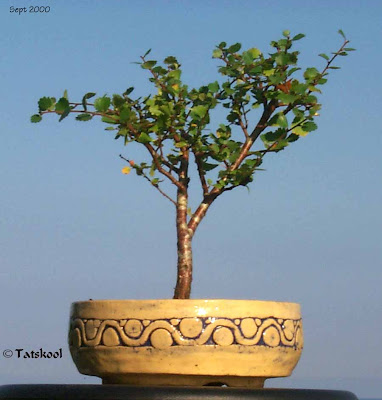 ...this is a rather wonky slab built pot, contains a Buxus (box), also in storage..a survivor. about 7inches. 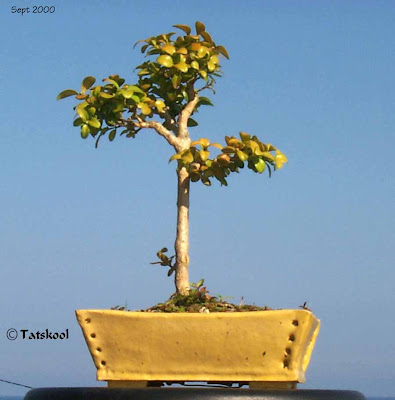 This is another coil built pot, not a good idea to make a bowl narrower at the top than the middle. This one succumbed to frost a couple of years ago.....it contains a Cotoneaster...dug up from the garden. About 5 inches. 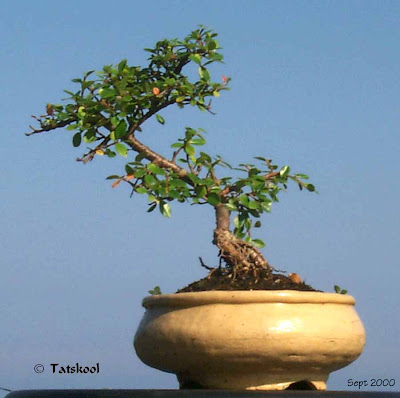 This is another slab built pot, not very strong was smashed to smitherines yesterday a tiny 4in it contains Fuchsia molinia. 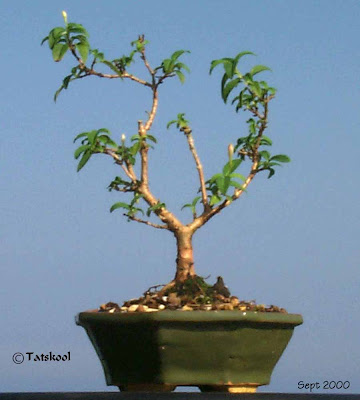 This was a pretty decent coil built pot, had an ash tee from the garden in it, now in storage. 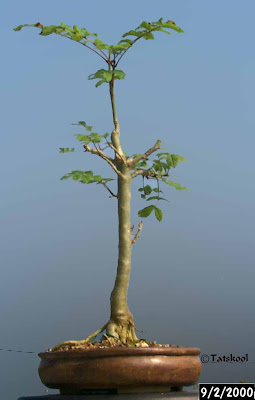 Another slab built pot about 7 inches, contains a holly seedling from the garden, pot also in storage. 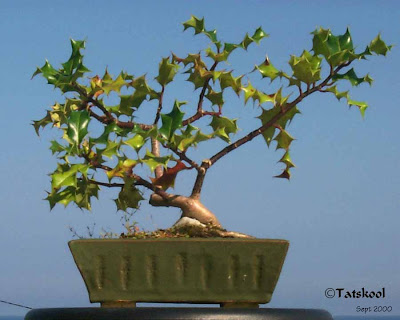 That was probably the best thrown pot that I achieved, even with decorative ridges, made by cutting notches in an old credit card!

Would have been too thick for tableware but perfect for my purpose, about 6 inches, also in store. Here it contained a blackthorn seedling Prunus spinosa. 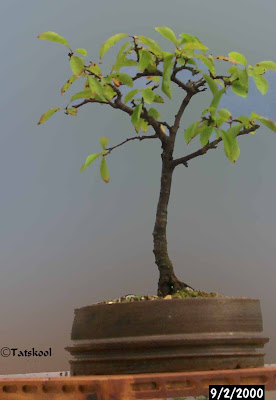 AND this is only the tree pot part of what I made in my classes!
Posted by Tatskool at 6:15 pm