I was surprised how many tatters also owned a Lucet, a lot had never used it and were not sure how it was done. I am glad that I was able to stimulate you to give it another go...similarly with the French Knitting/Corking.

So how am I doing...I was away in UK for the weekend...buying even more stuff!! I did my luceting while waiting at the airport, using a large skein of a twisted pink thread..polyester I think. I would make several inches of cord ...then I would suddenly find that I had lost the plot...had one loop short!! and didn't know if I had turned or not. Un-lucetting proves again impossible...so unravel and start again!

We have had so many gales and torrential rain...enough rain for the whole month already...that the beautiful autumn leaves just reaching their peak are being blasted off the trees.

A while ago I tatted more Autumn leaves but didn't have chance to show them to you.
I had downloaded the pattern by LadyShuttleMaker a long time ago...but it looked difficult and was put on one side.....it's not difficult at all! It's in the patterns section on the right on her blog.
It was just a question of not being frightened by having to use 3 ball threads and 1 shuttle...the ball threads are only used one at a time in different rounds.

I started off using colours similar to Sherry's all in Flora 20, just so that I could get the rounds right! 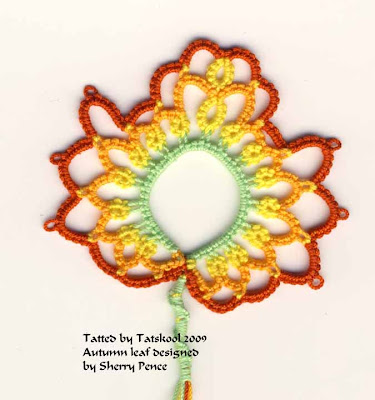 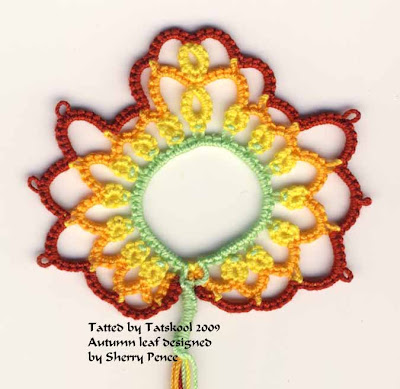 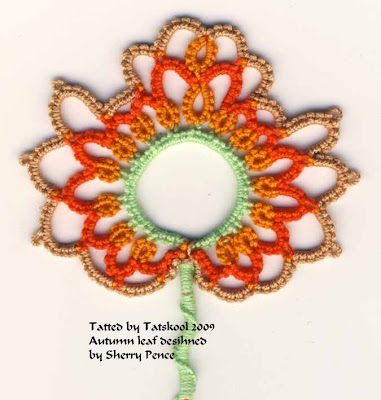 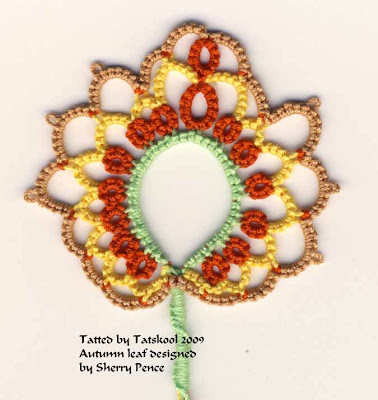 It looks great in any colour mix.

I left the tails long...no ends to bother about and added beads to make bookmarks. 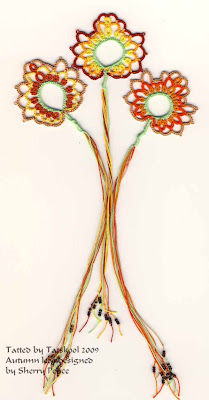