I wonder if it could possibly have anything to do with AGE.....and a decided lack of enthusiasm for standing in a field all day queuing up to do the different activities. There are never enough to occupy us all of the time,.....maybe it had something to do with November and rain....which gradually seeps into your bones!!

We had the use of our Community Hall and the Youth Club leader very kindly said that we could use their new hall as well.

In true Girl Guide fashion we left the place as we found it. The organisation was superb...all the children were checked in by their parents on arrival and checked out before they left. All coats and bags went into gigantic plastic sacks...It's the first time ever that we haven't had belongings left behind.


I promised to show you the turkeys made from tights.... 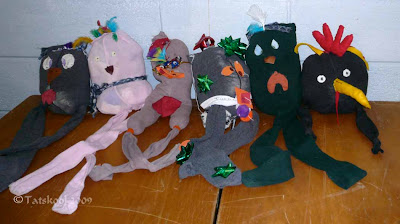 ....there were more but these were the cutest!

This day was also great because there were only ourselves and the other town in our District....2 Brownie packs, 2 Ladybird groups and 2 lots of Guides plus Ranger Guides.
About 90 youngsters and 22 Leaders/Rangers....manageable.
At some regional fundays we might get 600 children!!
This is just half of the hall!

We started our craft challenges by making Friendship Sticks... 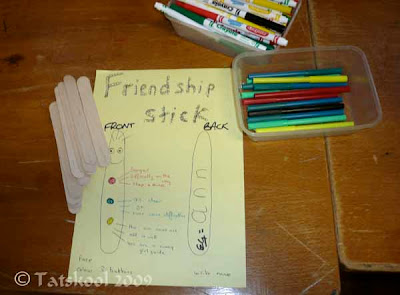 The theme for the day was Thanksgiving so every activity (almost) had some tenuous American association and each was explained to them.
The Friendship sticks they were to decorate and then swap at the end of the day.
They had to include 3 spots, red green and yellow like traffic lights.
Let me explain the thinking.

When the first settlers left for America there was great danger and difficulties on the way....red....they had to STOP and think.....
AS they overcame these difficulties they got the all clear...green...GO....
When all was well the sun came out....yellow...for Sunny Brownies.

they liked this...but we had to string it out a bit....before we could move on.
These are their sticks... 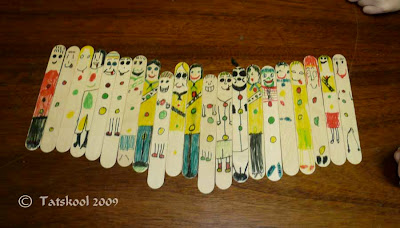 On to making head dresses to remember the native Americans who already lived there. 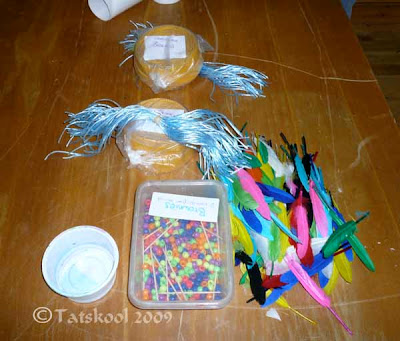 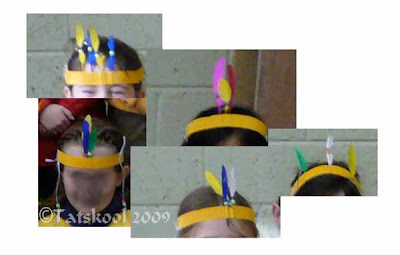 Next the ages and groups were mixed up and we had to do 10 out of 16 challenges...vaguely related to America...we threw the turkeys thro hoops into a bucket, dressed up and were pulled in a box across the ocean, were pulled on a skateboard across the ocean, crawled thro tunnels, made stick men, threw wet sponges at photos of....and stuff. Plenty to keep us occupied in our 5 mins allowed. 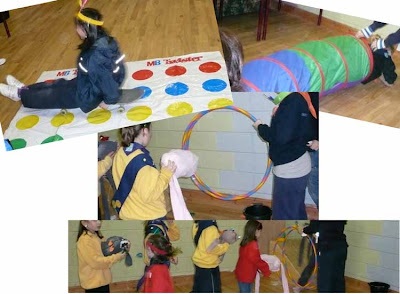 Then it was snacks and drinks, followed by a fabulous campfire....a large foil tray filled with night lights...and the lights out. 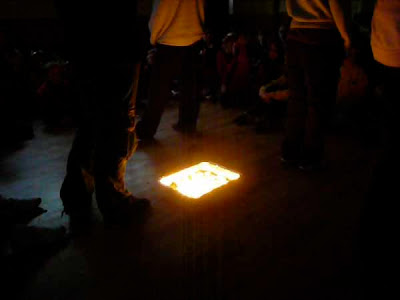 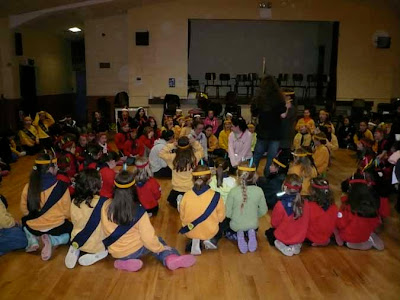 We sang and we wiggled and jiggled until it was time to go home, swapped sticks.....sang our closing songs....