These are the last of this years Black Hamburg (Vitis vinifera'Schiava Grossa') crop. 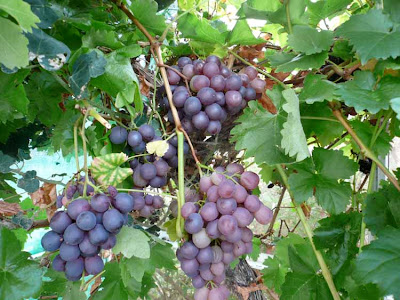 The Black Hamburg vine at Hampton Court Palace which is now the oldest and most famous grape vine in existence. It was planted by Lancelot 'Capability' Brown in 1768 when he was head gardener there.

Our one is not quite that old, getting on for 40 years. It grows like mad in an unheated greenhouse producing masses of fruit, very sweet but full of seeds.

As always I see a lovely HDT hiding in there, wait for it!

My special friend Suneeti liked the jam and the card (well she had to say that didn't she!)
You can read about how I first 'met' Suneeti here when I was postman watching.

She said she would like to meet me sometime...and little did I expect that to happen.

Last October I had been hoping to get to the big smoke to the Craft Show of the year, for buying craft equipment rather than an exhibition of hand made crafts. But a certain little boy decided to make an early entry into the world and that was that.

Suneeti went to that exhibition last year, and suggested that I come and stay with her and go to the exhibition this year.

Now was that a carrot to dangle in front of my face!!

She even invited us to stay the night before ....so that I could have a FULL DAY at the exhibition!! (She really wanted more tat time with me!!)

As well as craft stalls there are WORKSHOPS on all sorts of crafts...so I booked myself into two of them...more about that later!

Halloween saw us on the train to the capitol city...except that they had decided to do some major work that weekend and were not letting any trains in to the station!!
Half way there and a fleet of buses had to take us the rest of the way.

Finally, finally I met Suneeti and her delightful family. How strange to stay with someone when you don't even know what they look like!

She is LOVELY, has a husband who got on like a house on fire with mine, and two children that I would have taken home with me.

Her daughter Sarika is 10 and is learning to tat...the 4th generation in the family. 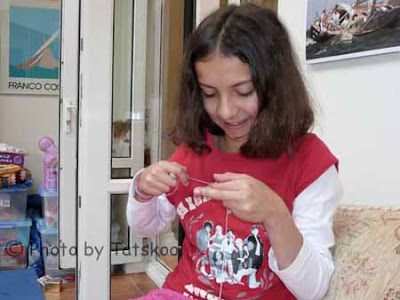 Suneeti uses her tatting so much more that I do. She decorates little T-Shirts and dresses and make gifts for her daughter's friends. I just do it because it is there!! A bit like mountain climbing! 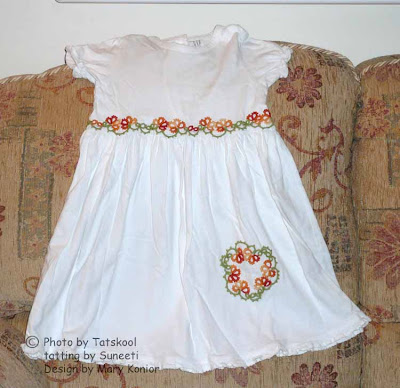 This little dress was just beautiful. the design is from Mary Konior Tatting with Visual Patterns in a think perle which was really effective.

Next day we were delivered at the door of the show, and wow is this some show. 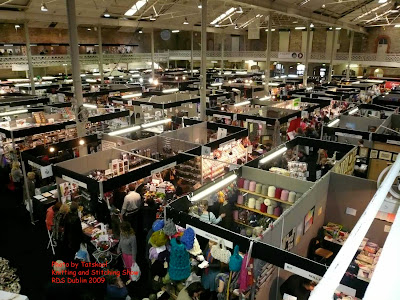 Stalls stretched as far as the eye could see.......WOULD I HAVE ENOUGH TIME!! 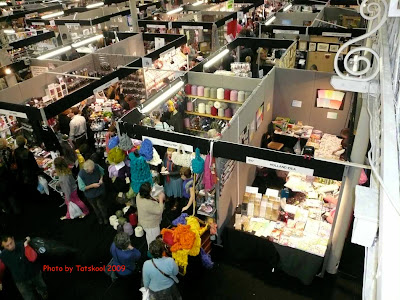 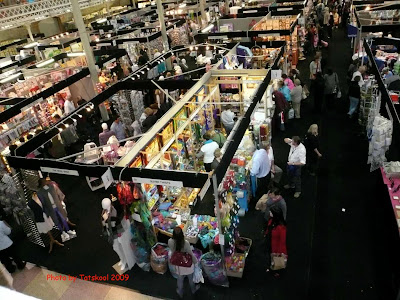 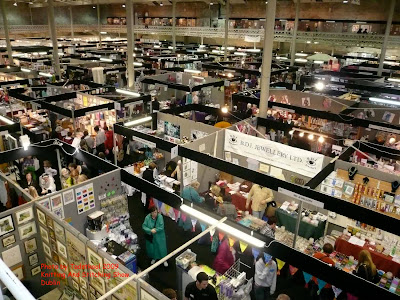 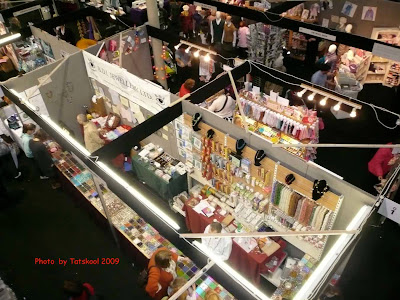 Card making, scrapbooking, millions of beads, fabrics, threads....oh bliss! as well as exhibitions of patchwork and other artistry.

At one end of the hall were four classrooms for the workshops. 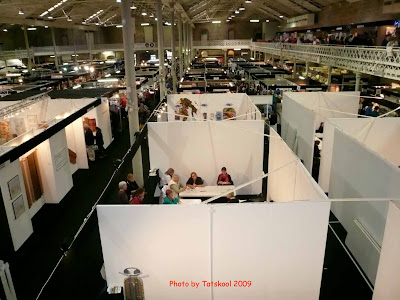 Passers-by could watch the class...must do that next time. 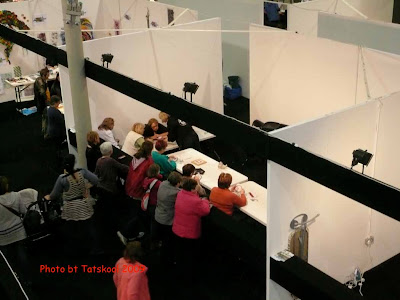 I think that is enough excitement and reading for you for one day.
Aren't you dying to see what classes I took and what I made.